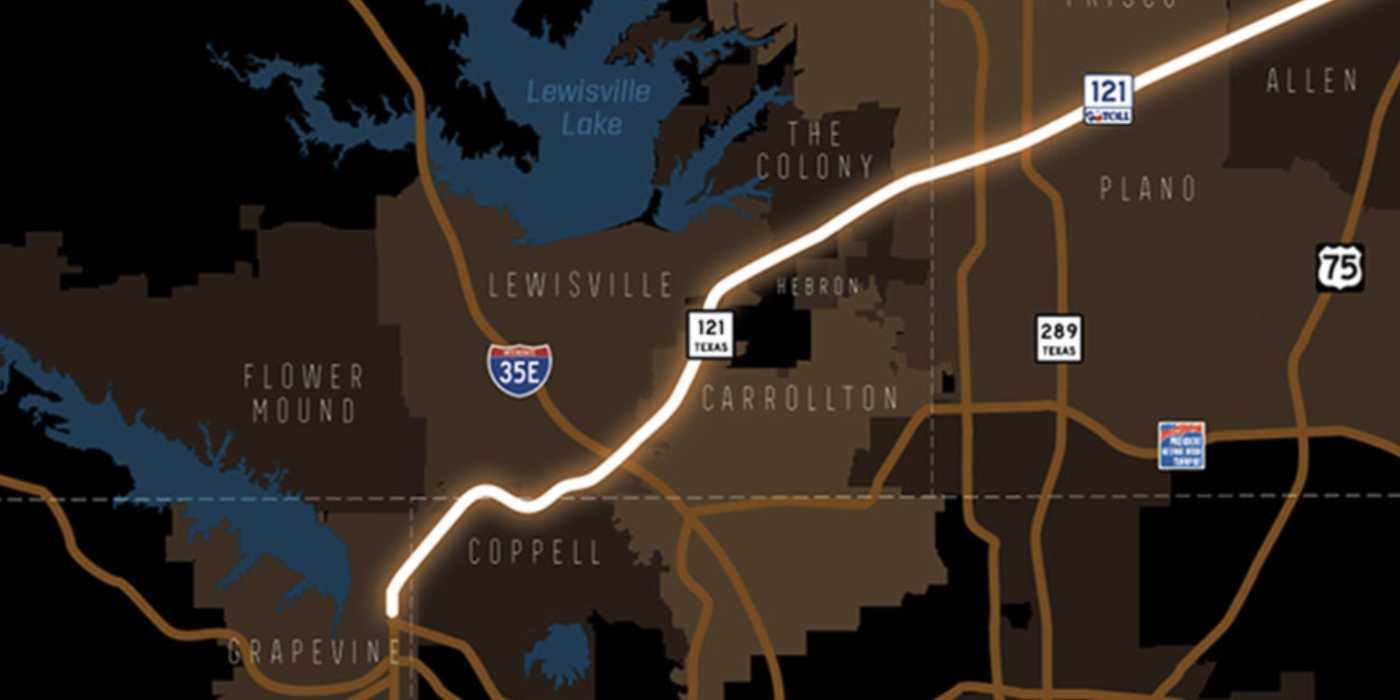 Some say you’ll find a pot of gold at the end of the rainbow. Those involved in commercial real estate in the Dallas-Fort Worth metro claim to know differently.

Investment, development and economic opportunity are flourishing along the state highway running through Collin County, the nation’s fourth-fastest-growing county and home to North Dallas’ most affluent suburbs, including Allen, Plano, Frisco and McKinney.

Home to regional and national hubs for Toyota, UPS, FedEx, Southwest Airlines, Motorola and the Dallas Cowboys, among others, Collin County has become a magnet for big-name companies and investment and people.

And panelists at Bisnow’s Oct. 28 Innovation (121) Corridor event say the boom times along and near the artery referred to as “rainbow highway” are far from over, with McKinney alone counting 115 square miles of available and developable property, Fuller said. McKinney already has 68 acres under development and a roster of recent wins such as banking firm Independent Financial’s plans to triple the size of its campus in the Craig Ranch development and the $750M Craig International project at District 121 anchored by Kaizen Development’s 200K SF eight-story office tower.

“We’ve done work all over Texas, we’ve done Oklahoma, Kansas, Arkansas, things like that. But at the moment, almost the entirety of our work is focused in the DFW area, and primarily in the Collin County area, because that’s where most of the expansion and growth is happening,” McRight-Smith Construction President Andrew Smith said. “There’s a lot of infill work to be done. There’s a lot of population-driven growth. And we see the businesses following them … There are still lots of opportunities to build for lots of different types of groups.”

Smith said there is no end in sight for new development along the 121 Corridor, with a number of companies already planning projects for three to four years from now and a pipeline that shows no signs of tailing off. Some of the long-term planning is in response to rising materials costs, which are extending timelines further into the future. But the bulk of the momentum is being driven by population shifts in a market that is growing by 100 residents daily, making way for a stream of employment centers, housing, medical offices and retail.

“You guys will probably read three articles today in a newspaper that tells you retail is dead. Retail is not dead, it’s just evolved,” he said. “You can’t Amazon a haircut or an ice cream cone. There’s going to have to be somewhere to get stuff.”

“There’s a tremendous opportunity because there’s a lot of gaps to be filled,” Evers said. “And then you want to make 24-hour communities, to have an office where you have daytime traffic because if you’re a retailer, you can’t survive on nights and weekends alone, you do need that full cycle. To the extent that we can bring housing, bring daytime traffic with office, where you have the retailers here, it becomes this community.”

Allen-based JaRyCo Development President Bruce Heller said the attraction of developing in Collin County comes down to local governments working as partners instead of adversaries. That means not just understanding economic development, he said, but elevating the importance of good public schools, strong transportation links, and other public amenities to the young, well-educated families flocking to the county.

“You got these great cities — Allen and Plano and Frisco and McKinney — that all understand business … and they know the challenges that come with development,” Heller said. “I just think it’s sort of a perfect storm of everything coming together.”

That’s the mix, in part, that brought the AT&T Byron Nelson Golf Tournament, which Salesmanship Club of Dallas President Mike McKinley called the PGA Tour’s premier charitable fundraiser, to Collin County this year after seven decades in Dallas County. The tournament, supporting the Momentous Institute, held its first event at TPC Craig Ranch in McKinney in May.

“We walked into a room with about 25 leaders of the McKinney community, the business community, the city of McKinney, and within about 15 minutes, our tournament director and I kind of looked at each other and we knew we were home,” McKinley said, adding the charity, which fosters social-emotional health for children and families, netted $5.5M in its first year despite PGA limits on the number of people that could be hosted due to the coronavirus pandemic.

Independent Financial Chairman and CEO David Brooks said the ability to land prestigious events and the bustle of activity up and down the corridor testified to the intensity of interest in the area, which he called a national phenomenon unmatched by anywhere else in the country. Brooks noted he is speaking to people around the country interested in investing in the area.

In an environment as rich with capital as he has seen in his career, he said, opportunities still abound: “Take a drive [and] next time don’t pay attention only to what you see, all the buildings, and pay attention to all the land that is still undeveloped. The momentum here is going to continue on, I think, for 10 years into the future.”

BizNow. (2021, November 4). There’s Still Plenty Of Gold To Be Found At The End Of DFW’s ‘Rainbow Highway’ [News post]. Retrieved from https://www.bisnow.com/dallas-ft-worth/news/economic-development/dfw-121-event-110786