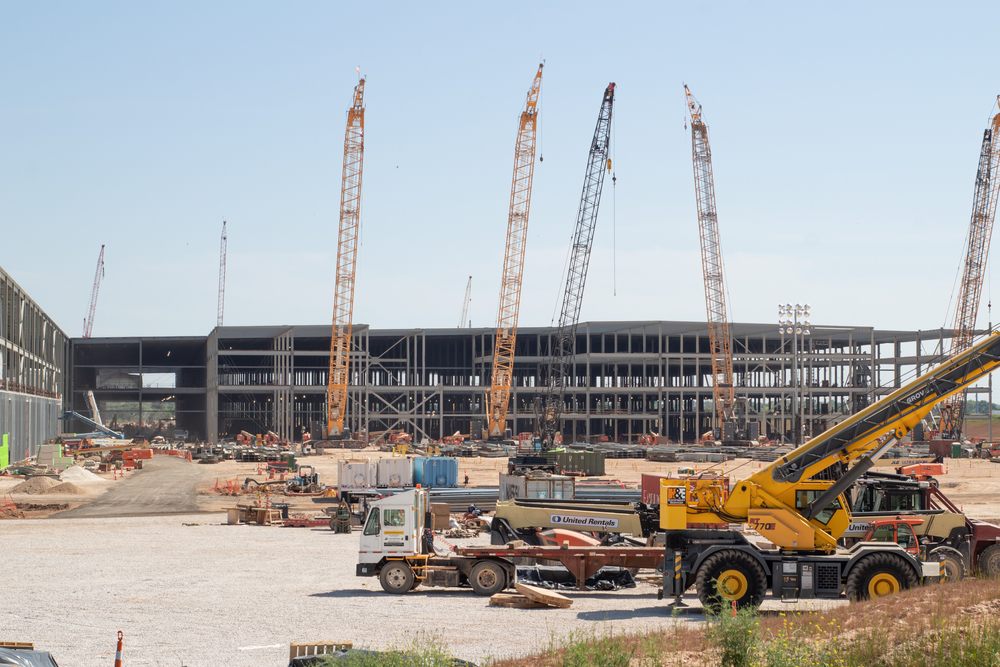 The pandemic put a massive damper on many industries — in particular, travel and tourism, hospitality and entertainment, and commercial real estate. As other asset classes like office and retail struggled with stay-at-home orders and virtually no traffic, industrial real estate likely advanced even further into the future than it otherwise would have during normal times. That’s because e-commerce has been expanding for a decade and is now being powered by next- or even same-day delivery and curbside pick-up — two features that are very attractive to people who are stuck in their houses.

And, while construction in many sectors has been slowed or halted altogether, construction of industrial buildings is set to be strong this year. In fact, using data from their sister division CommercialEdge, an analysis by CommercialSearch indicates that the amount of industrial square footage set to hit the U.S. market this year will be the highest in the last five years. Much of the expansion is focused on southern markets with a few regional hubs seeing their share, as well.

Industrial real estate incorporates many different types of industries, businesses and uses. During the pandemic, many of those industries dealt with challenges that had not been seen before — such as manufacturing facilities operating with fewer personnel on the floor due to social distancing protocols.

However, many of these businesses were able to maintain their operations because the nature of the job was considered essential. In fact, some businesses even thrived. Consequently, with more people staying home and ordering online, online retailers, order fulfillment centers, and shipping and logistics companies were not only busy, but they were also expanding.

Notably, shipping and receiving facilities, fulfilment centers and trucking companies are more socially distanced work environments that most others — and they’re also essential. Now, with the acceleration of e-commerce, it’s more important than ever to have enough facilities to support all the goods that are being ordered and delivered.

Accordingly, eight of the 10 largest industrial buildings set for completion this year will either be occupied or owned outright by Amazon. Of these, just four properties constructed by Amazon will stretch across 14.8 million square feet, with another 13.5 million square feet set to be leased from other developers.

When it comes to the construction of commercial buildings, industrial buildings like warehouses are the easiest and quickest to build, with the average warehouse taking less than three months to complete. That’s good news when, almost overnight, e-commerce solutions became an essential part of everyday life.

Still, part of the fast growth cycle is that demand often exceeds supply—and industrial real estate is no different. For example, in some markets, it’s getting difficult for logistics and trucking companies to find properties with the necessary attributes—like high-velocity cross docks and adequate corresponding trailer storage capacity—that are still near main travel arteries. And, with shrinking stock, many of the smaller, would-be buyers are getting priced out.

However, flex space could be an alternative to office space, as well. Normally much smaller and more easily retrofitted for different uses, flex space also has benefits typical of industrial space, as well, such as loading docks, open spaces and good locations.

Most Industrial Space to Hit Market in 5 Years

So, with all this demand, will the supply that’s coming online this year be enough? If not, it won’t be for lack of trying. This year, 342 million square feet of industrial space is set to be completed — a 24 percent increase over last year and the most in the last five years. All that space will be spread across more than 1,000 properties that would occupy a space the size of Chicago’s O’Hare Airport.

And, while most of this inventory is spread around the country, the south and western markets seem to be getting the largest pieces of the pie. Specifically, the top three Texas markets of Dallas-Fort Worth (DFW), Houston and Austin are all in the top 10, with Phoenix; Inland Empire, Calif.; and Atlanta joining them.

Industrial is Big in Texas — and Growing

Specifically, the market that is adding the most industrial square footage is DFW — and by quite a large margin: The metroplex will add 28 million square feet of industrial space across nearly 80 properties. In fact, this one market alone will account for eight percent of all the industrial space added this year in the entire country.

Meanwhile, Austin is set to add 10.4 million square feet of industrial space, which is more than 500 percent more space than it added last year. However, Elon Musk and his 4-million-square-foot Giga Factory and Seefried’s 3.8-million-square-foot Amazon distribution center are adding more than half of the total Austin square footage.

And, although Houston is adding 7 million square feet less than it did last year, it’s still good enough to make the top 10. Despite the decline in the oil and gas industry (which hit the city hard), the city is adding 10.3 million square feet of industrial space this year. Even so, Houston does still seem to be bleeding market share to other Texas markets, like DFW and Austin.